The outcome of the last meeting held between ASUU body and the Federal government representatives ended fruitlessly as the ongoing 7 months strikes looks to keep its current momentum. This had many Nigerian Lecturers, Parents and even Students worried and tired of the frequent disappointments in the ASUU, FG negotiations.

The strike, as at Monday 29th August 2022 has been placed on an indefinite mode, which means it will continue to be as long as ASUU demands are not met by the FG.

ONE OF THE UNIVERSITIES THAT DEFIED ASUU IS;

Ekiti State University (EKSU) management Ado Ekiti has reopened the institution for academic activities, defying the ongoing Academic Staff Union of Universities Union (ASUU) strike across the country. Management instructed students to resume academic activities on Monday, August 29. However, the ASUU chapter at EKSU says the leadership is on its own.

ASUU’s EKSU group had joined the six-month strike after the union demanded adequate university funding and the implementation of other reforms included in an earlier agreement with the federal government. Edward Olanipekun, Vice Chancellor of EKSU, hinted last week that the institution would defy ASUU and reopen the university for academic work.ASUU President Emmanuel Osodeke also ridiculed non-striking state universities as “quacks”.

The Vice Chancellor of EKSU told reporters in Ado-Ekiti on Saturday that the decision to reopen classes was made by key members of the institution.Announcement by Texem”It was a decision by stakeholders on the impact of this extended strike on the institution and our position on our intention to start work and restore normality has been made public,”

Mr. Olanipekun said. However, a circular from the institution’s registrar, Ife Oluwole, noted that the re-admission relates to old and newly admitted students for the 2021/22 academic session.

Officials, rectors, deans, directors, department heads, professors and grade 14 and above officials met on Sunday, August 21, 2022 to review the situation at the university,” the statement said. “Furthermore, he pointed out that industrial action has a negative impact not only on the students but also on the university.

These include: a) unreasonably lengthening the academic calendar and keeping students on campus; amid sponsorship from candidates seeking university admission and staff inability to meet their financial obligations.

“The participants in the meeting discussed the matter at length and decided that in the interests of our large population of students, their parents and the survival of the university, it has become imperative that all university staff who are currently on strike resume their normal official activities .

“Consequently, those involved have unanimously decided that the university management should reopen the university without further delay for the continuation of academic operations. . What movie are you looking forward to before the end of this year?
Next Article 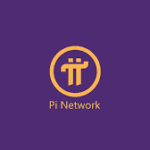