Peter Obi on the verge of loosing candidacy
SHARE

Peter Obi on the verge of loosing candidacy

As the 2023 elections gather momentum, Ifagbemi Awamaridi, leader of the Lagos State Labor Party and flag-bearer of the governor, has announced that some in the opposition party may try to run for office as “bona fide party candidates for President and running for governor led to the cancellation of Peter Obi’s presidential candidacy.

The report states that Awamaridi claimed he was not fired or replaced by a constitutional process
This recalls that the controversy followed the Labor Party gubernatorial primary, the leadership and the Lagos state nominee earlier this week became Gbadebo Rhodes -Vivour, a former member of the Peoples’ Democratic Party (PDP), proposed as candidate for governor.

Kayode Salako also claims the post of leader of the Labor Party in Lagos.

“The document naming Kayode Salako was released in a press release on July 23, 2022 and fraudulently postponed to May 18, 2022,” Awamaridi told Punch. “This document can never stand. Peter Obi on the verge of loosing candidacy.

“This means that Kayode Salako was President of the Labout Party on May 18,
. 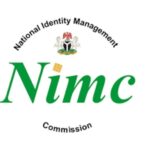 How to get a premium NIN Card
Next Article