The days of regular cars are numbered, all thanks to the advent of electric vehicles (EVs). E-mobility, (electric mobility), which represents the future of transportation, has witnessed a significant rise, with major countries in the world gradually switching to EVs to fight climate change and reduce greenhouse gas emissions caused by fossil fuel-based transportation.

The EV revolution is here to stay. In fact, the International Energy Agency, in a report, said there could be 230m electric vehicles worldwide by 2030, meaning the number of electric vehicles on the world’s roads is on course to increase from 11 million to 145 million by the end of the decade.

Since the year of the pandemic, 2020, September 9 is marked as World EV Day to raise awareness of the importance of switching to electric vehicles to ensure sustainable transport.

Here is the catch. EVs, coming from a place of an automobile revolution, are perceived as some sort of solution to the climate crisis. Transportation, according to Statista, accounts for 17 per cent of global greenhouse gas emissions. But with electric vehicles, the world is poised to experience lower emissions, decarbonization, and increased renewable energy.

And the numbers show more people and governments across the globe are catching the EV bug. According to the EY Mobility Consumer Index (MCI) 2022 study (pdf), the preference for electric vehicles is growing stronger. Electric vehicles would make up as many as 8 out of 10 new cars sold in 2050, another report projects.

Who doesn’t want cleaner air and sustainable transport after all?

Where is Africa in all of this?

As EV adoption appears to be on the rise globally, Africa is still struggling to catch up. This, of course, is due to the peculiar challenges on the continent such as infrastructure, poverty and government policies. Hence, the slow adoption of EVs in Africa is hardly surprising.

The reasons aren’t far-fetched. First, transportation in Africa still depends on fossil fuel-based vehicles, usually imported secondhand ones which dominate the roads. Africa is the largest market for secondhand vehicles in the world.

No wonder, the continent accounts for 3% of global greenhouse emissions. These used vehicles pose a great environmental challenge, causing air pollution which is responsible for 780,000 premature deaths in Africa every year.

Second, electric vehicles are expensive, unlike their fossil fuel-based counterparts. No wonder, South Africa, said to be the largest EV market on the continent, has only 1,000 out of more than 12 million vehicles on its roads which are EVs. For a continent grappling with extreme poverty, Africa’s transition to sustainable transport might be slower.

Also, access to energy is still a problem in many parts of Africa. On average, EVs need to charge for at least 30 minutes to reach a full charge, but over 640 million Africans still lack access to electricity.

Read also: EVs are becoming a big deal in Africa and the story goes farther than you think

Africa needs to catch up

Like other governments across the globe, African leaders are seeking possible ways to drive up EV adoption on the continent. Cape Verde, for instance. has taken steps to ensure that by 2026, electric cars make up 25% of its car fleet.

South Africa also proposed an EV promotion policy to achieve green transportation. Africa’s biggest economy, Nigeria, though a bit behind in the race, also saw the launch of its first-ever electric car, Hyundai-Kona in 2020.

The Nigerian government recently signed a memorandum of understanding (MOU) with Israeli and Japanese companies to start manufacturing EVs in Nigeria.

Though the International Energy Agency says the huge gap in adoption between regions is related to the level of the challenges affecting EVs growth, African leaders still need to step up their game, despite the local challenges.

Phasing out imported secondhand fossil-powered vehicles is non-negotiable at this point, considering the dire implications of air pollution and the need for cleaner energy and greener transport by Africans. More than ever, Africa needs an agenda to fast-track the adoption of EV.

But, there is hope on the horizon

In 2004, Africa’s journey to adopting electric vehicles (EVs) began when Cape Town-based company, Optimal Energy started working on the concept of a locally made EV.  By 2008, the company unveiled the Joule, Africa’s first locally manufactured EV at the Paris Motor Show.

Two years later, Optimal Energy piloted a small fleet of the Joule, a zero-emissions, six-seater, multi-purpose vehicle which consumed about 20% of the energy used by a conventional fuel-powered car.

According to the company, it was to have a nominal driving range of 150 km and a top speed of 135 km/h. Designed to achieve a Euro NCAP 4-star safety rating, it complied with the stringent EU standards.

It is necessary to state that the Joule’s development was primarily aided by funding through government investments including $5 million financing from the South African Department of Science & Technology (DST) through the Innovation Fund..

Following in the path of South Africa, Uganda launched its flagship electric vehicle, the Kiira EV on November 24, 2011. It was the 24 November 2011. The Kiira EV was produced by the Kiira Motors Corporation in partnership with the Center for Research in Transport Technologies (CRTT), Makerere University.

Since then, Africa’s EV footprint has steadily grown across other countries on the continent.

Read also: EVs are becoming a big deal in Africa and the story goes farther than you think

The company unveiled its JET EV and the JET Mover, a durable and affordable minibus built for the African terrain.

The JET Mover buses are currently in use by the Edo, Delta and Lagos state governments as well as top road transport companies including GIGM. The mobility startup already employs these JET vans along its major routes in Nigeria and Ghana.

Similarly, e-mobility startup MAX deployed its electric motorbikes in Nigeria in the same year. This followed a $7 million fund raised from Novastar Ventures and Yamaha.

Notable achievements have also been recorded in the EV space in other African countries such as Cape Verde, which has prohibited the imports of ICE vehicles no later than 2035 as part of its national Electric Mobility Policy goal to phase out petrol ICE vehicles.

Just recently, Rwanda’s Ampersand raised $3.5 million to grow its fleet of electric motorbikes from the existing 35 in operation.

These are prime indices that reveal how Africa’s EV industry has grown over the years. Above all it shows that despite its drawbacks, Africa is still on course to achieve a sustainable future given the right amount of funding, enabling policies and improved local EV production.

As JET Motor Company’s Director of Sales and Marketing, Rupani Sanjay said “EV companies will require a review of Nigeria’s automotive policy to be able to carry out smooth operations in the country”. 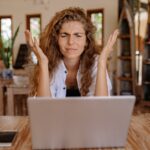 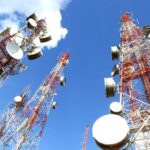 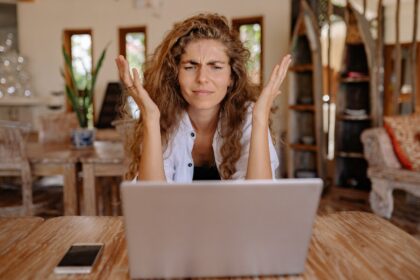 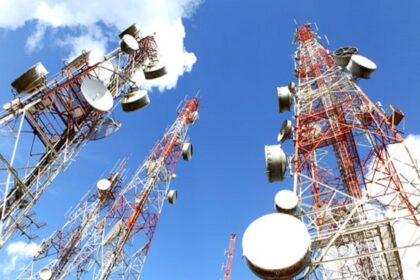